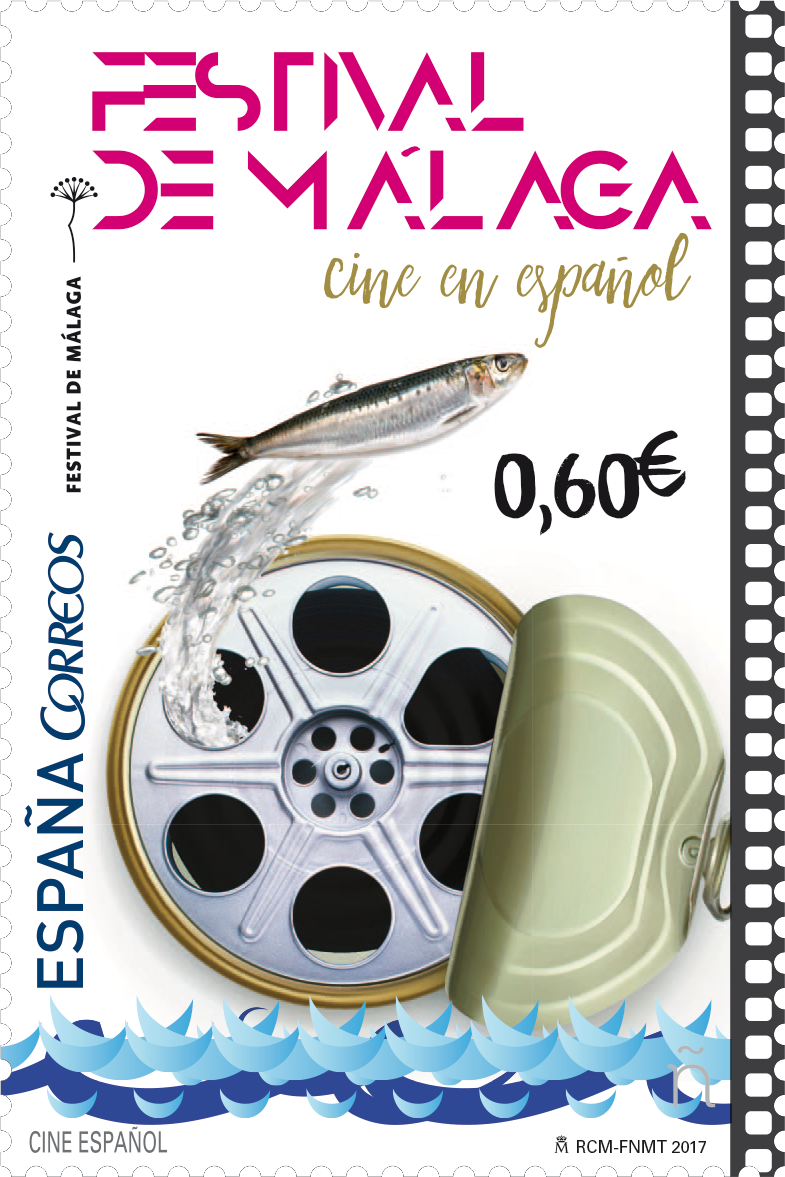 Spain – The Malaga Film Festival has been awarding and upholding Spanish cinema since 1998. Little by little, it has become a benchmark in film festivals around the world, bringing together every year actors from the field of interpretation and other professionals of the sector. The award-winning categories receive as a prize a reproduction of a typical Malaga flower symbol of the city, the biznaga, a bouquet of jasmines in the form of a ball, elaborated in a meticulous way, that is usually sold through the streets of Malaga, especially in the months of Summer, leaving behind an unmistakable and unforgettable smell.

One more year, within the Spanish Cinema series, Correos issues a new issue, on this occasion, dedicated to the festival. This issue presents the peculiarity of being printed for the first time in transparent acetate simulating a frame. The design of the stamp shows a anchovy, a fish closely linked to the city of Malaga, emerging from a can containing a film, on a few strokes in blue tones that simulate the sea.

The issue also presents an illustration of a film camera that projects a beam of light represented by the famous “Farola” of Malaga, the lighthouse that guides the ships that arrive to its bay. Also, the design includes a brief history of the Festival, which highlights above all how the Festival influences in a very positive way in the cultural development of a city that in recent years has become a reference point in this regard.

Important museums, its recent urban and aesthetic development, bars, restaurants and events make Malaga a very attractive city with a large number of visitors every year.

This new sheet, which collects 15 self-adhesive stamps, will leave an indelible mark of this Festival and the city that for 20 editions has already hosted it. 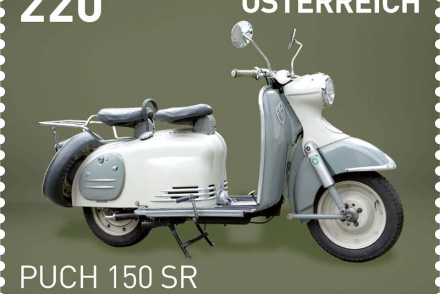 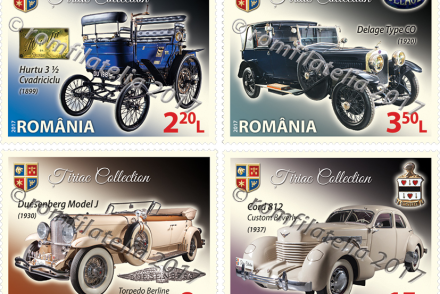 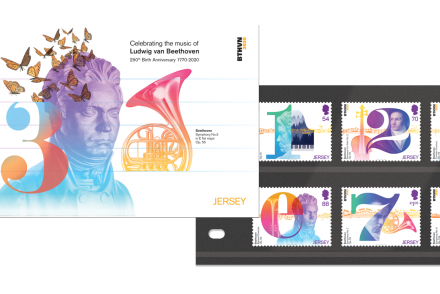