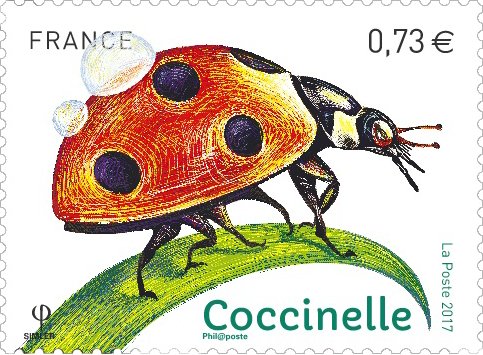 France – The order of the beetles is the order of the animals that brings together the greatest number of species, which is why 3 of them were chosen to illustrate the stamps of the block, a ladybug, a chafer, a Carabe, the 4th stamp being dedicated to the young lady. The Ladybird is extracted from the Insects block, where it accompanies a beast, a young lady and a cockchafer.

The seven-point ladybird (Coccinella septempunctata) is the most common ladybird in Europe and is known throughout metropolitan France. It is found in the meadows, in its garden where it is of a precious help in the fight against the aphids.The seven-point ladybug is also referred to as the “beast of goodness,” a nickname derived from a legend dating back to the tenth century, according to which a Sentenced to death was saved by the presence of a ladybug on his neck as he went Have the head cut.The total length of the body ranges from 5.2 to 8 mm, its weight about 15 mgIt owes its name to the 3 black points on each of its red wings and an additional point on the junction.

Isabelle Simler, who already has the Bees block and the EUROMED Fish of the Mediterranean stamp, has staged the 4 insects in a playful representation on a decor of imaginary leaves set with dewdrops. 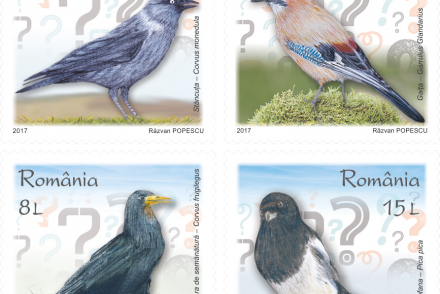 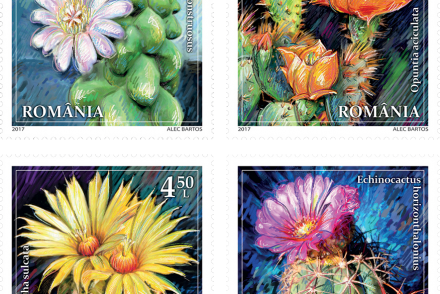