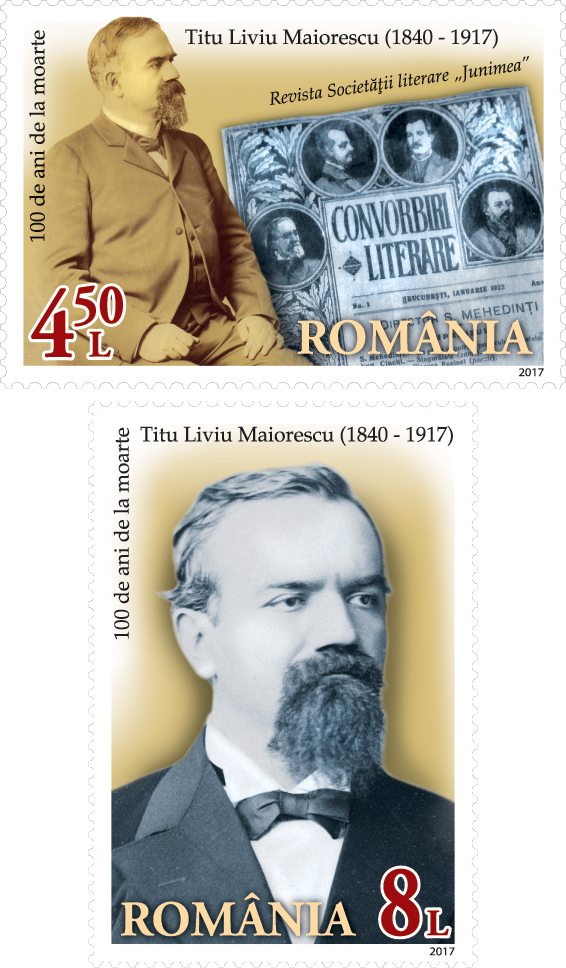 Titu Maiorescu, 100 Years since his Death

Romania – This year marks the 100 years since Titu Maiorescu’s passing, an emblematic personality of the Romanian cultural and political life at the end of the 19thcentury and the beginning of the 20th century.

By issuing the postage stamps under the title: Titu Maiorescu, 100 years since his death, Romfilatelia aims to bring back the attention of the personality of the illustrious Romanian cultured man.

Member of the Romanian Academy and one of the remarkable figures of the time, leader of the Literary Society “Junimea” and of the journal “Literary Conversations”, he marked the development of Romanian language and literature in a deep manner.

His activity was based on a new and innovative direction of development in Romanian society of the 19th century, by educating the public in a variety of fields: from natural sciences and psychology, philosophy, logic, to culture, by cultivating aesthetic taste and by imposing a valuable literature, the unification of Romanian literary language, and the fight against “forms without substance” in culture and in everyday life.

Titu Maiorescu would become a literary guide and critic through his published studies and articles, and his work “Critical research on Romanian poetry from 1867” is considered a reference work for Romanian aesthetics.

The ideas for the process of perfecting the Romanian literary language, formulated by Maiorescu, were accepted by the Romanian Academy, which appropriated these principles.

A convinced supporter of the unity of the young Romanian state, Titu Maiorescu, pursued an intensive political activity as a journalist in the pages of the “National Voice” newspaper in 1866.

Being of conservative orientation, Titu Maiorescu served as prime minister and then foreign minister (1912-1914), when the Bucharest Peace Treaty was signed.

Although he did not manage to pass through Parliament any of his bills on education, among his achievements as a minister we mention: the development of education in the villages through the establishment of new schools, the initiation of surveys and statistics on education, the building of school buildings, selection of the best Romanian language study books for the high school, projects for setting up the Polytechnic School, botanical gardens, a department of Romanian language, preservation of the national patrimony, support for the Romanian schools in Transylvania.

For his intellectual qualities, his career path was impressive: at 22 years old a university professor, a dean at 23 and a rector at the same age, an academician at 27, deputy at 30, and a 34-year-old minister.

The two stamps of the commemorative issue, with the face value of lei 4.50 and lei 8 are illustrated with the portrait of the cultured man and are realized in a chromatic with sepia elements, which rebuilt the time atmosphere.

This issue is completed by a first day cover and as composition sheet were used the sheet of 32 stamps and the minisheet of 5 stamps + 1 label.

Romfilatelia thanks the National Museum of Romanian Literature for the documentary support granted in the creation of this postage stamp issue. 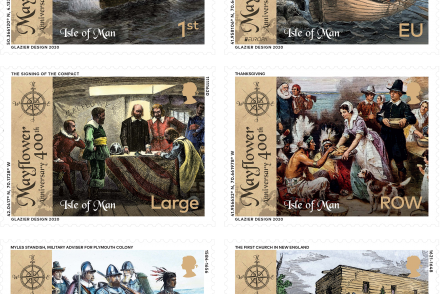 The 400th Anniversary of the Mayflower – Set Mint – Set 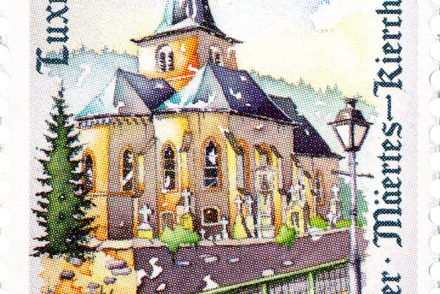 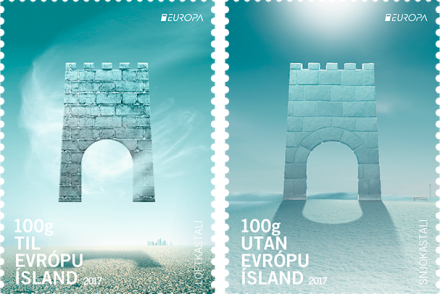