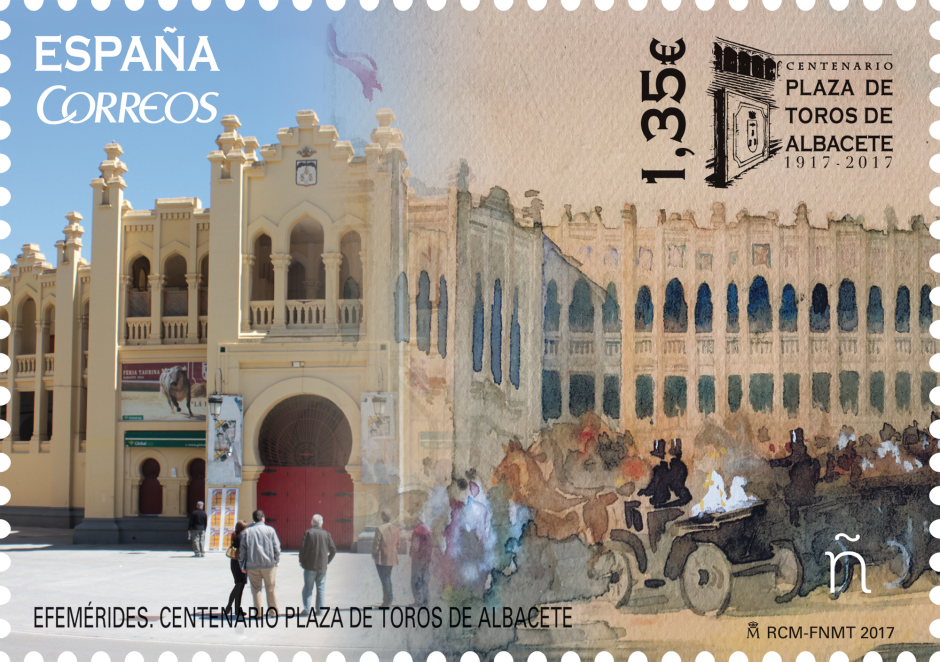 Spain – A new stamp is issued, within the series Ephemerides, which commemorates the centenary of “La Chata”, as is popularly known the bullring of Albacete.

On the occasion of the Fair of 1917, on September 9th, this plaza was inaugurated with bulls from the ranch of Fernando Villalón, fought by Rodolfo Gaona, José Gómez Gallito and Saleri II.

Of clear Mudejar influence and with a main door formed by a horseshoe shaped arch, it is built with Novelda stone.

Albacete is land of bullfighters, bullfighters like Chicuelo or Dámaso González, have been honored with monuments next to the big door of the square. This monumental square, besides hosting great festivities, has a great tourist attraction.

In the month of September, during the big celebrations of Albacete, the Bullfight Fair is also celebrated, where the most important figures of contemporary bullfighting take place, just as in the day the great glories of other times did.

In addition to these events, the square also hosts other events such as the Corrida de Asprona where many matadors join to fight for the benefit of the Association for the care of people with intellectual disabilities and their families in the province of Albacete.

Also, the bullfighting festival of Cotolengo, takes place in this square to help the Sacred Heart Charity Institution of the city itself.

Like many other places in our country, and without losing its essence, this sector of La Mancha is the scene of other types of shows such as concerts and festivals.

The stamp is made up of a composition that joins two images of “La Chata”: on the one hand a real photograph of it at present, and next to it, representing the other part of the square, a painting that besides the facade , shows characters from a bygone era. Past and present come together to celebrate this first centenary. 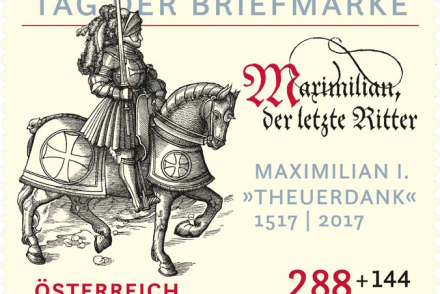 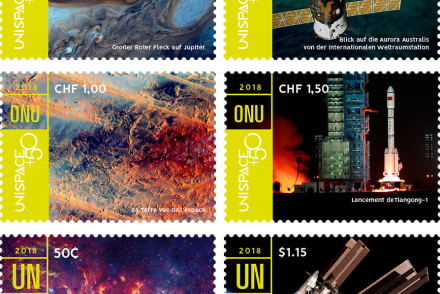