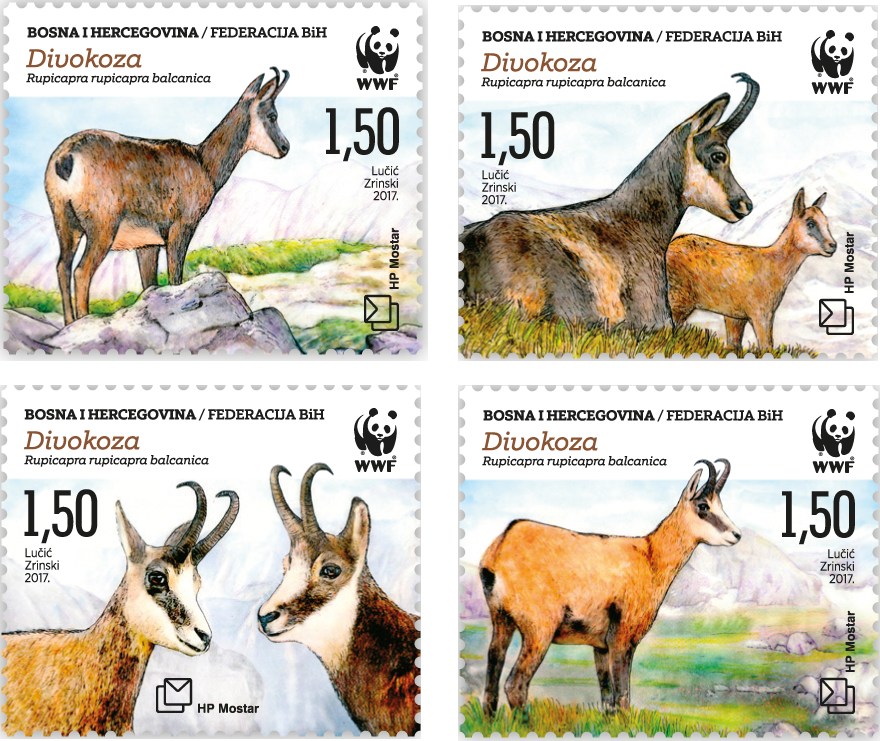 Bosnia and Herzegovina – Croatian Post Mostar in collaboration with the World Wildlife Fund – WWF has issued 4 commemorative postage stamps with a motif of the Balkan chamois and Panda logo, the official WWF logo. Balkan chamois (Rupricapra rupricapra balcanica) belongs to the wildlife noble species and even up to now resides the mountainous areas of Bosnia and Herzegovina, especially the mountains of ?vrsnica (the highest peak Plo?no, 2228 meters above sea level) and Prenj (the highest peak Zelena glavica, 2155 meters above sea level). Mountainous peaks and reefs, amongst which are arduous karsts sinkholes filled with snow, are places where chamois dwell during the summer time.

They are unsurpassed in their spirited climbing of slopes and jumping over chasms, are very unpretentious in nutrition, most often retain at steep peaks and mountainous slopes – to?ilima. They are quite careful and sense danger very quickly. Chamois are beautiful animals and are enrichment to mountainous areas. Many of them are killed by wolves (young chamois are hunted down by eagles), winter storms and diseases such as blindness and scab. Nonetheless, their greatest enemy is the human, to be more exact the poacher. In 1984, there were around 2000 of theses animals on the ?vrsnica Mountain, which is known as one of the highest and richest hunting areas in Bosnia and Herzegovina. It is estimated that this number is decreasing to only around 50 Balkan chamois. It could be said that in the last 25 years on ?vrsnica and Prenj 80% of the population of this noble wildlife has been exterminated. (Željka Šaravanja) 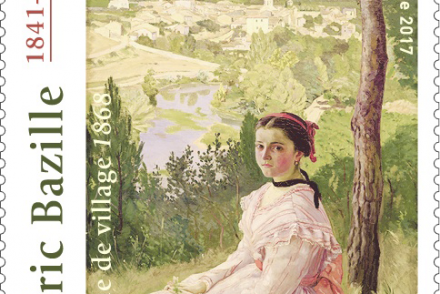 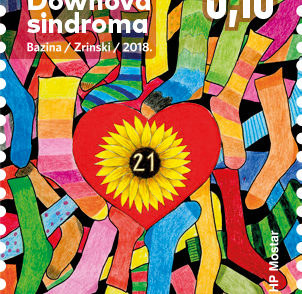 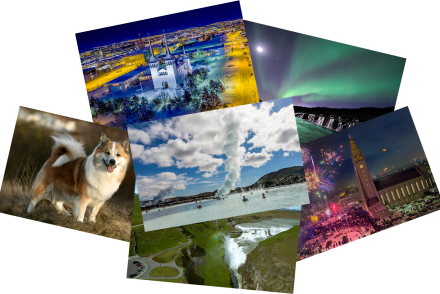