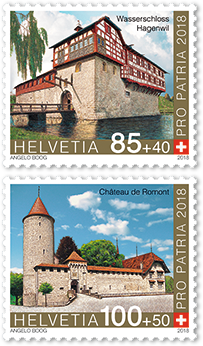 April 24, 2018 Stamps Comments Off on Pro Patria – Fortresses and Castles of Switzerland 1079
BUY NOW ON WOPA+

Switzerland – The “Fortresses and castles of Switzerland” series was launched in 2016 with Zug Castle and Neu-Bechburg Castle and continued in 2017 with Castello Visconteo and Oberhofen Castle. The last two motifs in this series are now being issued in 2018.

Hagenwil Water Castle is located near Amriswil in the Canton of Thurgau. It was rst mentioned in 1264 in connection with a knight called Rudolf von Hagenwil. When the monastery was dissolved in 1806, it was purchased by its custodian Benedikt Angehrn and has remained in his family’s ownership for 200 years. It boasts a restau- rant and produces its own wine. Its rooms can be hired for special events.

The small town of Romont in the Canton of Fribourg has a varied history, caught amid the con icting interests of Burgundy, Savoy, Vaud and Berne. It is built on a hill, the highest point of which is home to the castle bearing the same name, construct- ed by Peter of Savoy in the 13th century. The circular wall and round keep still sur- vive from this period. A 4.5 metre-wide well treadwheel from 1772 can be found in the inner courtyard. Today, the castle is home to the Swiss Museum of Stained Glass. 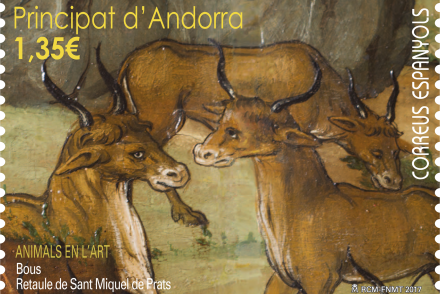 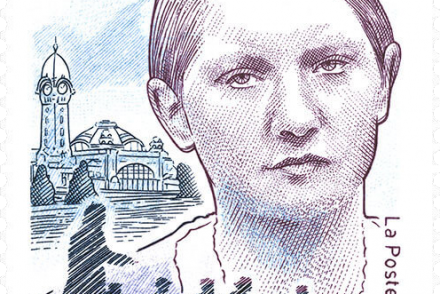 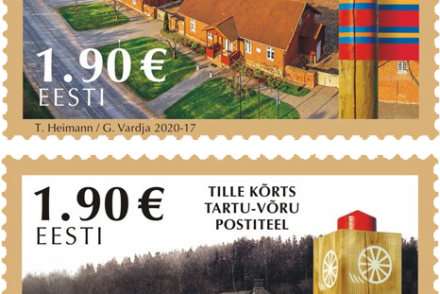