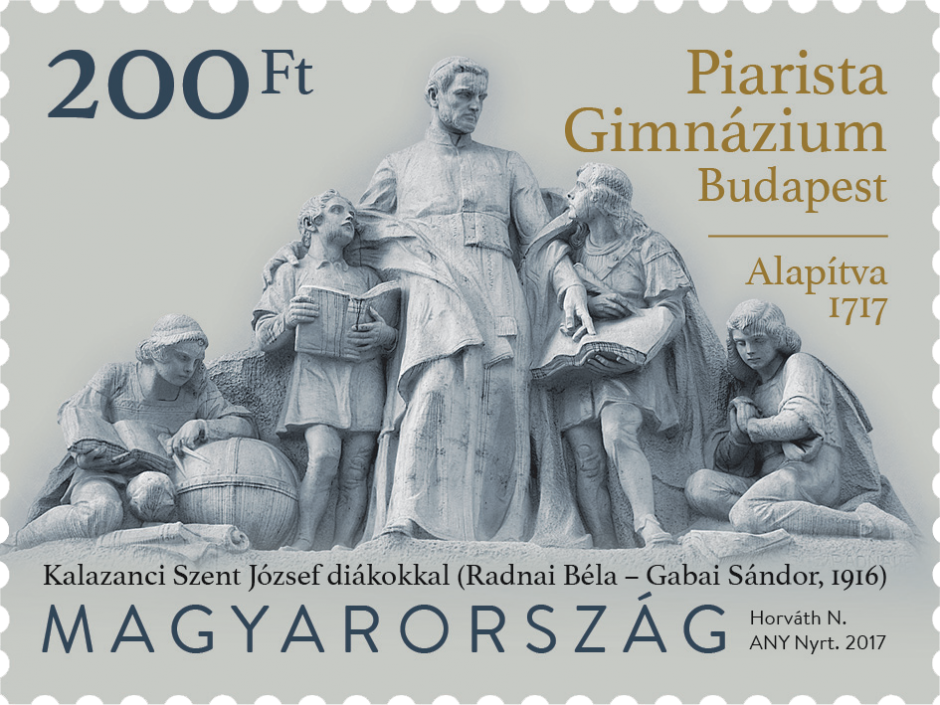 Hungary – Magyar Posta is issuing a commemorative stamp in honour of the 300th anniversary of the foundation of the Piarist Secondary School in Budapest. Two hundred thousand copies of the stamp designed by the graphic artist Nóra Horváth were produced by ANY Security Printing Company. The new issue will be available at first day post offices and Filaposta in Hungary from 15 November, but may also be ordered from Magyar Posta’s online store. An educational institution always means more than just the building – it is the spirit and mentality represented by the teachers, tutors and traditions that transcend walls and ages. The Piarist Secondary School in Budapest was founded 300 years ago, but the foundation of the Piarist order, providing the intellectual roots, goes back further than that. Its founder was Saint Joseph Calasanz (original Spanish name: José Calasanz), who founded a “pious”, i.e. free and religious, school in 1597 in Rome, mainly for the children of poor families. The motto of the order, “Pietas et litterae” (Piety and Learning), summarises the essence of the spirituality and pedagogy of the order: to provide Christian education for youth.

The Piarist order has played an important role in Hungary’s public education, culture and religious life since the 17th century; the charter for the foundation of the Piarist Secondary School in Pest was signed on 30 October 1717. The order was invited by the citizens of the city, who thought that the stature of their city was diminished without education, and the correctness of this decision was clearly demonstrated in the years that followed. The three-hundred-year history of the secondary school has been closely entwined with Hungarian history: through times of development, flourishing, suppression and renewal the seat of learning has changed on many occasions, but the activity has never been ceased. The current premises of the order, the “Piarist Palace”, was built between 1913 and 1917, and when it was inaugurated, it accommodated not only the school but also the monastery and the provincialate, and housed the students. In 1953, the Piarist order had to leave the building due to a decision by the totalitarian political power. Moving back started in 2002.

First the Sapientia College of Theology of Religious Orders, maintained in part by the Piarist order, was able to occupy the smaller half of the palace, and by 2011 the secondary school and the religious communities also returned to their old quarters. The stamp depicts the statue group of Joseph Calasanz and his students designed by Béla Radnai and executed with the participation of the sculptor Sándor Gabai, which adorns the secondary school building. The first day cover shows the facade of the building on Váci Street based on the original plans of the architect Dezs? Hültl, while the emblem of the secondary school appears on the commemorative postmark. 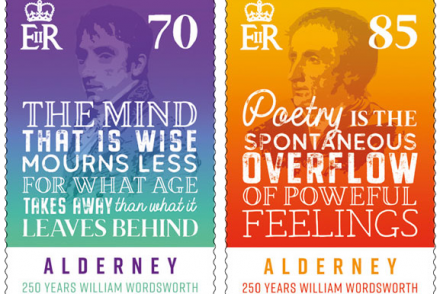 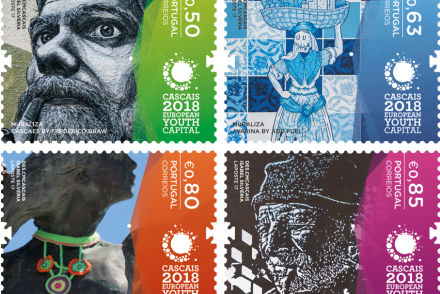 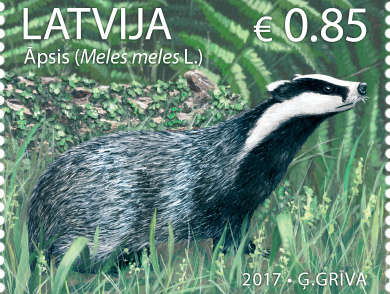