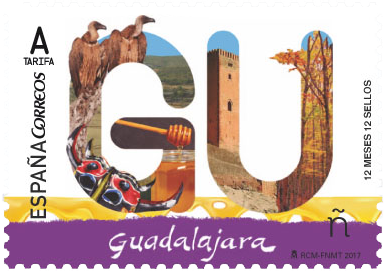 Spain – This year 2017, a new philatelic series is inaugurated where the Spanish provinces will be protagonists of the stamps. 12 months, 12 stamps, 12 provinces. Each month, a Spanish province will be the protagonist of the stamp to be sold in that province. During this year, the provinces chosen are: Guadalajara, Cádiz, Cáceres, Barcelona, ??Córdoba, Asturias, Tarragona, Las Palmas, Santa Cruz de Tenerife, Illes Balears, Teruel and Soria.

The first of the provinces that stars a stamp of this series, is Guadalajara. It is not the first time that the capital of the Alcarria appears on a stamp.

In 1963, in the series Escudos de las capitales de Provincia Españolas, a stamp with the image of the shield of the city was emitted. Regional costumes, monuments, literature or technology are some of the subjects that have been the subject of issues dedicated to this place.

The stamp that is issued, represents the old letters of registration by provinces of vehicles, design that will follow the rest of stamps of the series. Within the letters GU, you can see relevant elements of the province, such as the Castillo de Molina de Aragón, declared a National Monument in 1931, which is considered the largest castle in Guadalajara. Also, one of the most ingrained cultural traditions of the province, the botargas, is represented with one of its typical masks. The red and brown of the Beech Forest of Tejera Negra, one of the greatest treasures of the biodiversity of Castilla-La Mancha, with specimens of more than 300 years oif age. Of course, the honey of the Alcarria, a honey of exquisite subtlety with an unmistakable aroma that reminds of the wildflowers from which it comes. Finally, you can also see in the stamp the majestic pose of the griffon vulture, abundant presence in the Alto Tajo and the Dulces y Salados rivers.The lower strip of the seal, where the name of the province appears, is purple in allusion to the flag of the province. 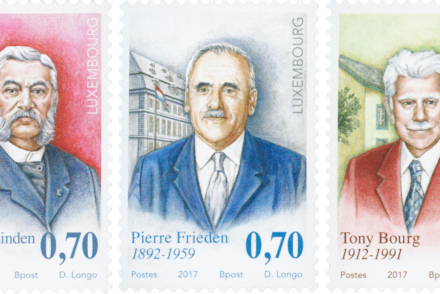 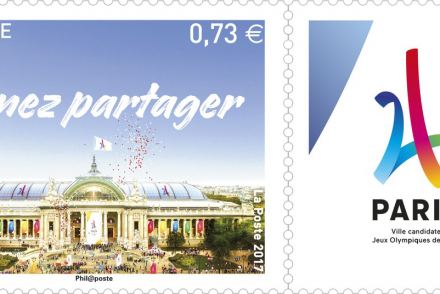 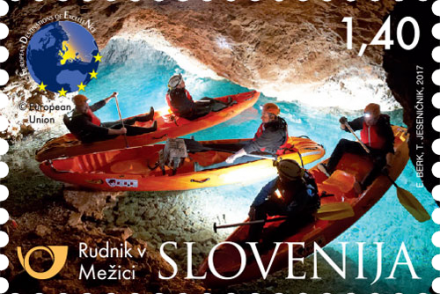