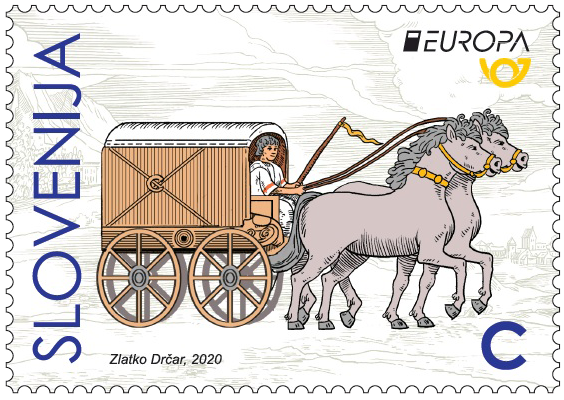 In ancient Roman times the territory of present-day Slovenia became a junction and crossroads of several busy and highly important routes – the Roman roads connecting western and coastal areas with the interior and providing a rapid connection to neighbouring territories in the north, east and south. The Roman state created a courier service called the cursus publicus for the transport of official communications. Fast carriages and wagons were used to transport a wide variety of official communications on wax tablets or papyrus scrolls (paper was not known), as well as money, important objects, packages, and so on. Relay stations (positae stationes) stood along the roads, usually one day’s journey apart.

During the Middle Ages and the Early Modern Period, before the introduction of a postal service, the busiest routes were between towns, between seats of authority (often castles), between the hinterland and the coast, and over mountain passes. The oldest regular postal connections across Slovene territory were maintained from the mid-sixteenth century onwards between the Austrian cities of Klagenfurt, Vienna and Graz and Ljubljana or Maribor and Ptuj, and on towards the coast or Croatian territory.

The stamps feature two different designs, the first from antiquity and the second from the seventeenth century. The ancient Roman carriage with coachman and two horses is based on a reconstruction of the carriage depicted on a Roman relief that was originally built into the outside wall of the Church of Our Lady in Maria Saal (Slovene: Gospa Sveta) on the plain of Zollfeld (Gosposvetsko polje) above Klagenfurt. Maria Saal was originally the ecclesiastical centre of the Alpine Slav principality of Carantania. The second stamp shows a postillion, a post rider with a post horn in his hand. The design for this figure and many similar products is the famous print of a postillion that appears on a handbill (Flugblatt) announcing the end of the Thirty Years’ War (1618–1648), which was circulated widely throughout the Holy Roman Empire a year later, in 1649, to announce the end of the long war and suffering. This postillion became a synonym for the postman bringing joyful news. 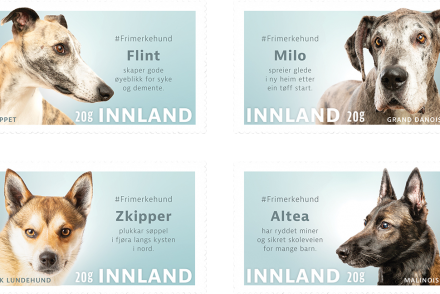 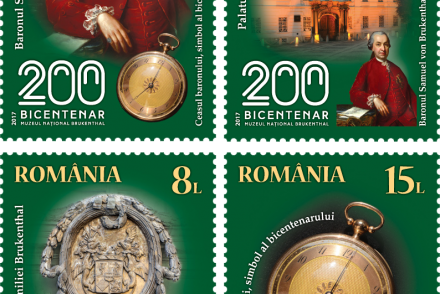