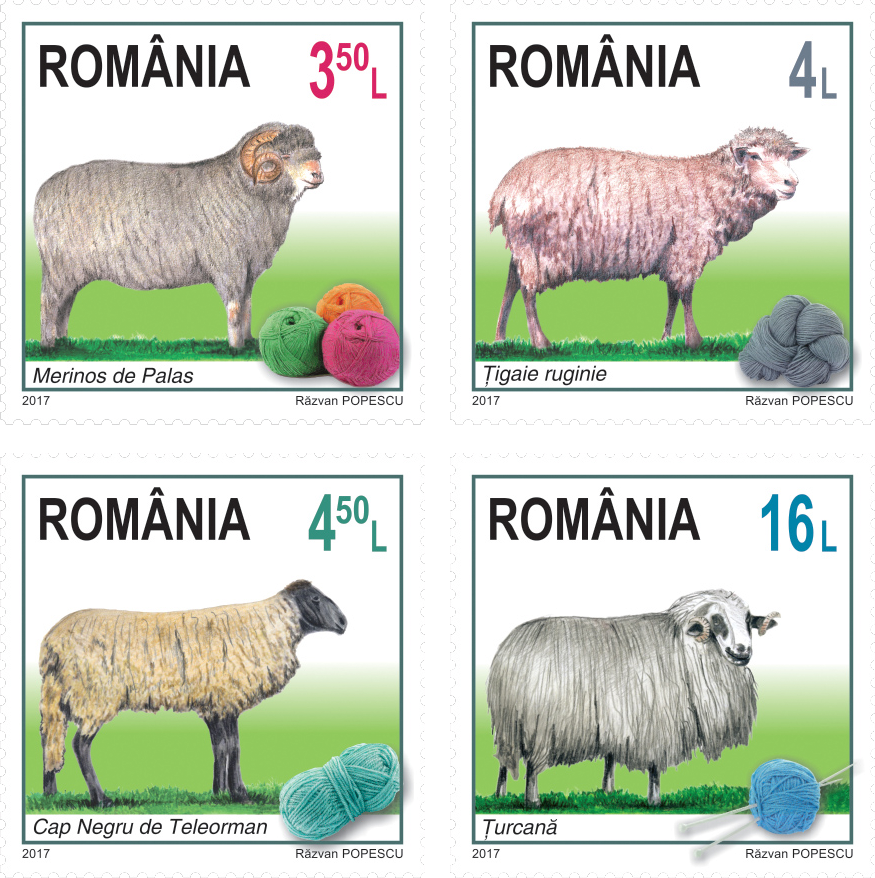 Among the first domesticated and cherished animals, sheep occupy a special place. Since ancient times, sheep breeding has occupied an important place, dating back to the early formation of our people. As a result of domestication, due to human intervention and environmental conditions, the sheep have developed major differences compared to the wild forms of origin.

In Romanian folk tradition and mythology, the sheep received sacred meanings. The sacredness of this animal derives from its usefulness: sheep produce milk, meat, wool and hides.

To achieve various goals over time, over 400 breeds have been created that have been adapted to current needs. Therefore there are specialized breeds for wool, others for milk used in cheese processing, and others for meat. There are also many mixed and skin breeds (Karakul).

By issuing postage stamps “Breeds of sheep from Romania”, Romfilatelia features the richness of Romania’s natural heritage, as part of a theme, called sheep breading. This is a major branch of animal husbandry which has made a special contribution to the economic development, thus directly contributing to improving people’s living standards.

The stamp with the face value of Lei 3.50 shows the Merinos of Palas breed, which is the most advanced sheep breed in Romania, competitive nationally and internationally with other merinos races. It was created and developed by Romanian researchers, who wanted to obtain a productive sheep, for both wool and meat production. Merinos sheep are of medium size, with massive body conformation, with a long body, covered by thick creamy white fur. The rams have strong and spiral horns, short and thick neck, with a medium sized dewlap and have 2-3 folds. The sheep have 1-2 folds and a medium-sized dewlap. Merinos of Palas was originally spread in Dobrogea, then in the Danube Plain, and later in the eastern part of the country, in the counties of Galati and Iasi, as well as in some places in the west of the country. At maturity, Merinos de Palas sheep reach a weight of 60-65 kg, and the rams of 99-105 kg.

Tsigai sheep breed is a plateau adapted breed, developed and raised for milk, meat and wool production. Tsigai breed has a robust to fine structure, and is illustrated on the stamp with a face value of Lei 4. Originally from the southeastern Caspian Sea, it has also spread to Europe. Because it adapts easily to all hillside conditions, this breed is spread in countries like Romania, Bulgaria and Serbia. In our country, until 1950, the Tsigai breed was raised in large groups in the south of Moldavia, Transylvania and Dobrogea. It’s easy to raise and maintain. The diversity of colors encountered in sheep is due to the different character of the wool pigmentation. Within the Tsigai breed, there are four varieties, distinguished by the color of the wool: white (bela), muzzled black and gray, brown and black.Teleorman Black Head, popularly called “Carabasa”, is a sheep breed with a high body weight. It’s a milk and meat and breed is illustrated on the stamp with the face value of Lei 4.50. The term “Caraba?a” comes from Turkish and means “black head”. This sheep breed was developed by farmers in Teleorman area of the country, which created a sheep population that adapts well to the lowland conditions in this area. It has adapted well in the plain areas, but it does not adapt in hill and mountain areas. The main exploitation of this sheep population is oriented towards the production of milk and meat and semi-fine wool, white, with black fibers in the wool.

The stamp with the face value of Lei 16 shows Tsurcana sheep breed, one of the most popular sheep breeds in Romania. Also called the “Queen of the Mountains”, it is resistant and provides mixed production of milk, meat and wool. The wool is thick, made of two kinds of fibers. The rams, like the sheep, are very active, lively and fast, and can easily climb the rocks in the mountainous regions. Some sheep of this breed do not have horns. Rams have strong, spiral-shaped horns with an outward-tipped horn. Tsurcana has been raised in our country since ancient times, being also known as Barsana. There are three varieties of color within the breed: white, brown, black. The most valuable is the white variety, because it gives more wool than other varieties. The brown variety is widespread especially in northern Moldavia, and the hides of this variety is very popular. At black Tsurcana, the color is found in lamb, and as it gets older, the lambskin becomes reddish or gray, and then it becomes gray. 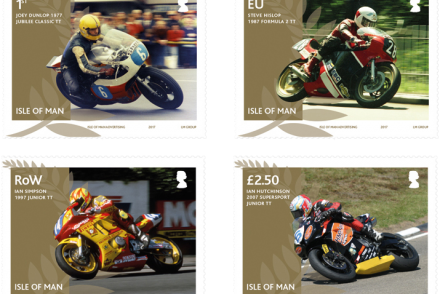 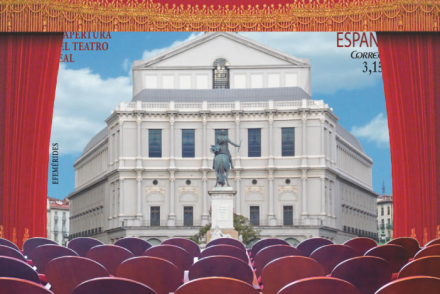 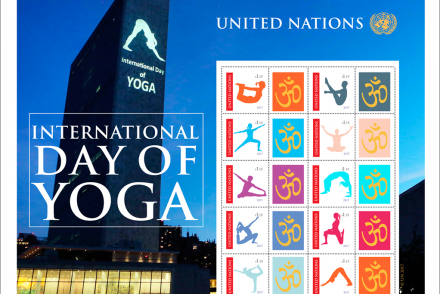