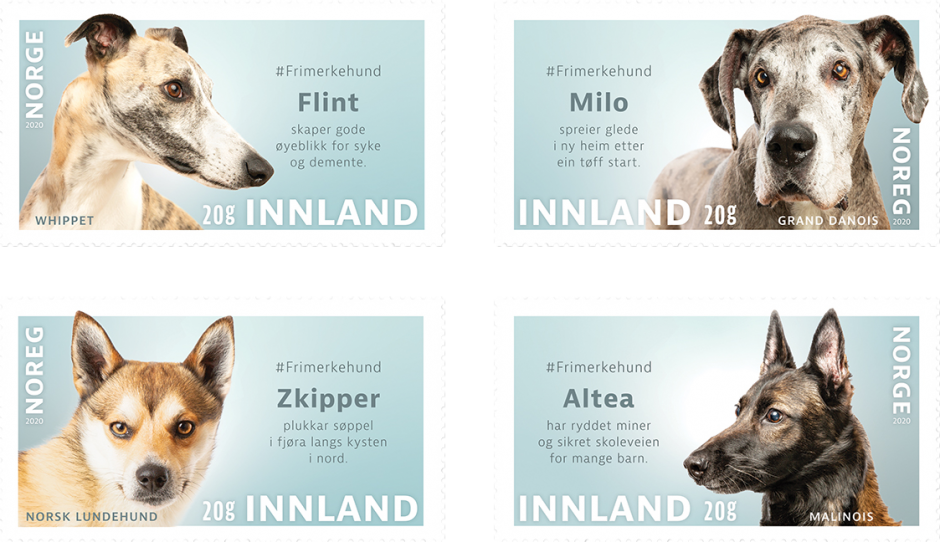 Norway Post and the Norwegian Kennel Club held a photo competition, and the jury picked four winning dogs, which will now be depicted on stamps.

Whippet Birk creates enjoyable and memorable moments for residents at an assisted living facility in Oslo. For her efforts, she and Ane Brit Sundal were awarded the 2019 Dementia Award.

Norwegian lundehund Zkipper has sailed around Northern Norway and lived on a boat with Johnny Leo Johansen. Zkipper picked up trash along the shoreline and was a great travelling companion.

Milo had a tough start to life, but when he was two, he came to live with Monja Elisabeth Strømnes. Nine-year-old Milo is a Great Dane and the world’s nicest dog to both big and small.

Belgian shepherd dog (Malinois) Altea worked for Norwegian People’s Aid as a mine dog for eight years. She has helped ensure safer roads to school for children in Ethiopia and South Sudan and is enjoying retirement with Roy Solbakken. 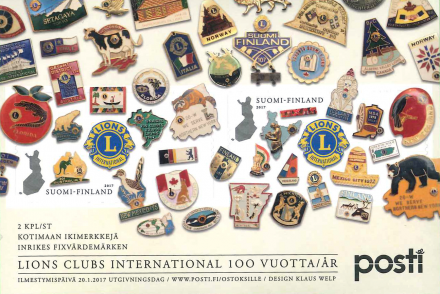 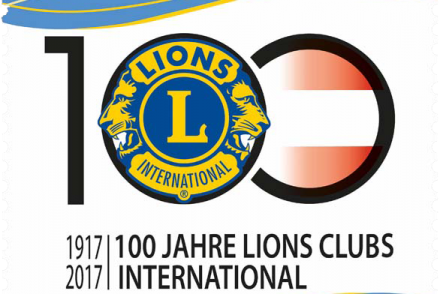 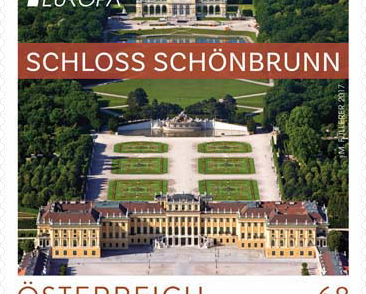