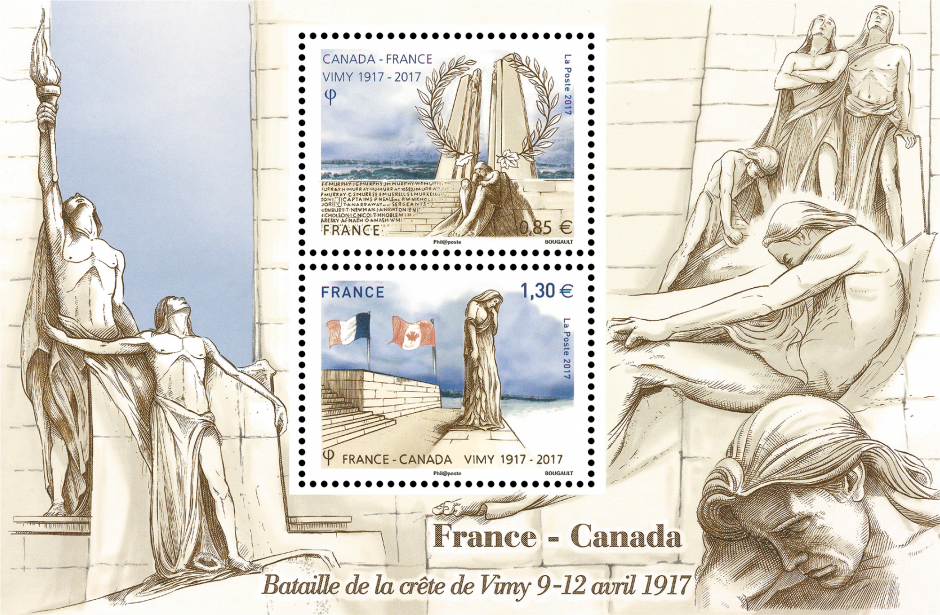 France – On April 9, 1917, four Canadian divisions joined forces and assaulted. At the cost of several thousand deaths, they manage to take control of the 145 rating on April 12. The crest is undoubtedly one of the strategic points of vital importance for Germany. Not only does it make it possible to see everything that happens in the Canadian trenches, but it also protects coal mines from Lens serving greatly to the German war economy. Taken at the very beginning of the war, in October 1914, the crest was at stake in numerous assaults by the French led by Foch and by the British, the whole carrying the losses of the Entente for that single position to more than 150,000 men.

The Vimy Memorial honors the memory of Canadian soldiers who died in France during the First World War.

The two pylons, representing Canada and France, culminate 40 meters above the base of the monument. Due to the altitude of the site, the highest figure – the allegory of peace – dominates the Lens plain by about 110 meters. Going to the front of the monument, one can see a statue of a veiled woman, turned towards the east, towards the dawn of a new day. She represents Canada, a young nation, weeping for her fallen sons.

Vimy Ridge is now wooded, each tree planted by a Canadian and symbolizes the sacrifice of a soldier. The monument is built of a very rare white stone, the stone of Seget, chosen by Walter Allward, whose unique known career is located on the island of Bra?, in Croatia.

The block of stamps: Vimy Memorial by Walter Seymour Allward. On the left the set of two statues (situated between the two pylons) represents two men, the first carrying a torch, the one in front holds his head thrown back, his eyes closed, his right arm extended towards the other personage, He bulges the torso in a posture of sacrifice. It symbolizes the spirit of sacrifice, in reference to a poem of the Great War.

On the right, three statues of men, two stand proudly while the third, kneeling is breaking a sword on a stone, this set is called; The defenders, it is located at the foot of the stairs of the Memorial. 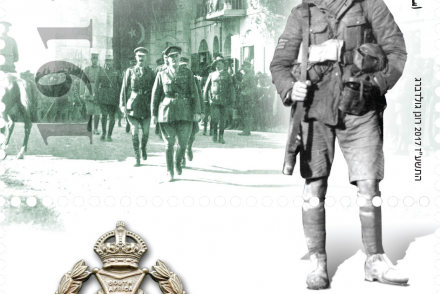 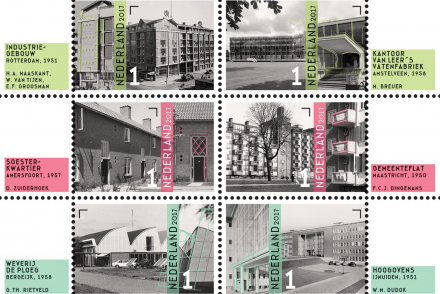 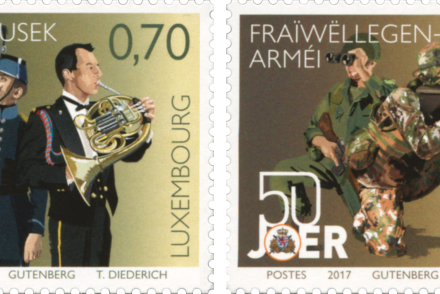