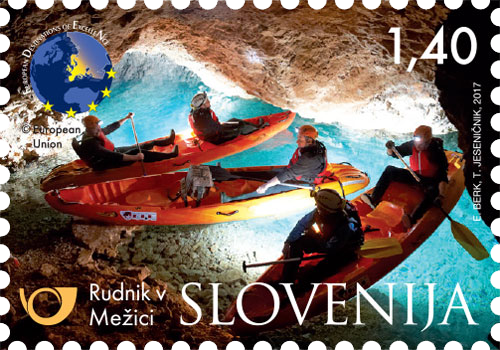 Slovenia – Under Mount Peca by train, on foot, by bike and by kayak
Slovenia participates very successfully in the EU tourism initiative known as EDEN, which stands for “European Destinations of Excellence”. Thanks to this initiative, the EU is seeing the emergence of a network of destinations and regions that are consistently developing a positive form of tourism that is friendly to both people and nature. A form of tourism that is in some ways the antithesis of major European and world tourist attractions. Through the EDEN initiative we give people the opportunity to discover unspoilt nature and participate in forms of tourism that are nonaggressive, that do not generate a “tourist industry”, that play a part in shaping sustainable development and help maintain the biodiversity of the European environment. It is worth noting here that Pošta Slovenije is the only postal operator to issue stamps on this theme: the Tourism series, in fact, features destinations in Slovenia that have been selected as EDEN winners or finalists.

The present stamp features a recent finalist: “Underground Peca”. Mining in the numerous shafts and galleries under Mount Peca – extending over a total length of more than 800
kilometres – finally ceased in 1993. Lead and zinc ore had been mined under Peca since Roman times, while the first written record of lead being extracted here dates from 1424. The mine was one of the last major lead-and-zinc mines in Europe. Since being closed, the mine has discovered a new vocation as a tourist attraction. Visitors enter the mine by train, which carries them a distance of 3.5 kilometres, and then continue their tour of the mine on foot. Along the way, there is also time for a “miner’s breakfast”. Two unique activities for tourists to try are cycling through mine tunnels and kayaking through sections that have filled with clear water since the mine closed.
Janez Bogataj 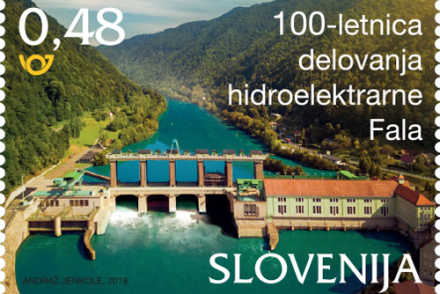 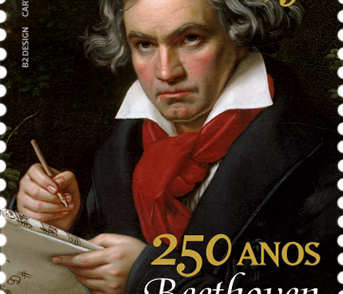