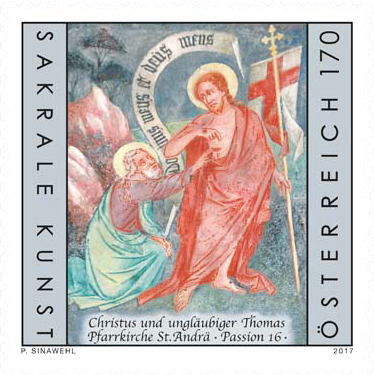 Austria – The Roman Catholic parish church near Thörl-Maglern in Carinthia is dedicated to St. Andrew. It is famous for its 15th century frescoes, painted by the Carinthian artist Thomas von Villach. The commemorative stamp being issued by Austrian Post in the “Sacred Art in Austria” series depicts doubting Thomas with Christ.

There has been a chapel in Thörl-Maglern since the 12th century. The church that stands there today was consecrated in 1489. The massive building in the Late Baroque style still includes some portions from the Roman era. As well as the ribbed vaulting, a particularly impressive feature is the detailed frescoes which were discovered at the end of the 19th century and restored in 1939/40. The scenes were painted by Thomas von Villach, a late Gothic painter of frescoes and panel paintings from Thörl. He worked in Villach from around 1455 and is an important proponent of the Villach School. His works show the influence of the Italian and later also the Dutch art of his time and are characterised by a richness of detail and their fine lines. The “Landesplagenbild” on the exterior of Graz Cathedral and frescoes in St. Paul’s
Abbey and other panel paintings in Carinthia are also attributed to the artist. Towards the end of his life, Thomas also served as the judge for Villach.

The frescoes in the chancel of the parish church at Thörl-Maglern, the painter’s home, probably date from between 1470 and 1489. Above the ambry is a painting of
a tower-shaped tabernacle depicting Christ, Mary and Joseph as well as scenes from the Old Testament. The Last Judgement is depicted over a triumphal arch. The
so-called Living Cross showing the crucified Christ is impressive. An arm extends from each of the four ends of the cross. The arm at the bottom is striking at the gates of hell with a hammer; the one at the top is unlocking the gates of heaven with a key. The arms on the right and left at the ends of the cross depict scenes with the allegorical figures Ecclesia and Synagoga. A passion cycle is illustrated around the Living Cross, and it is from this that the design for the stamp, the depiction of doubting Thomas, is taken. Thomas was one of the twelve apostles who accompa- nied Jesus. In St. John’s gospel he is presented as doubting since he would not believe in Jesus’ resurrection until he saw his wounds and was able to touch them. Then Jesus said to him, “Because you have seen me, you have believed; blessed are those who have not seen and yet have believed.” (John 20, 24-29)

As well as the art-historically significant frescoes, the parish church of Thörl-Maglern also boasts a Madonna of the Rosary from the 17th century in front of the triumphal arch. The high altar dating from 1613 houses a statue of St Andrew and the Baroque wooden choir loft is furnished with a Neo-Gothic organ. 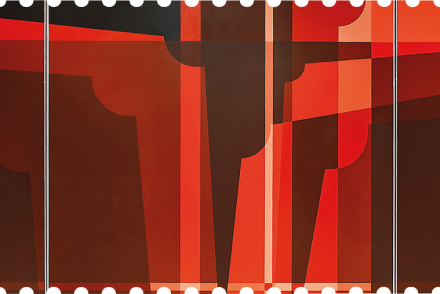 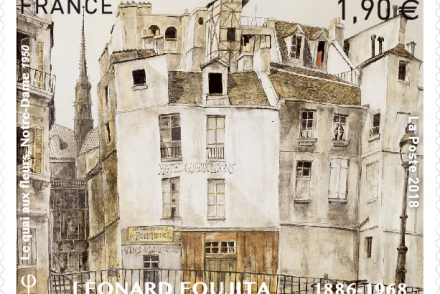 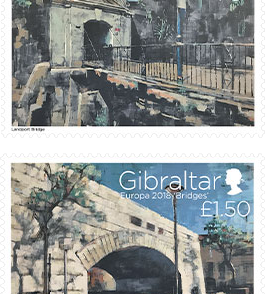