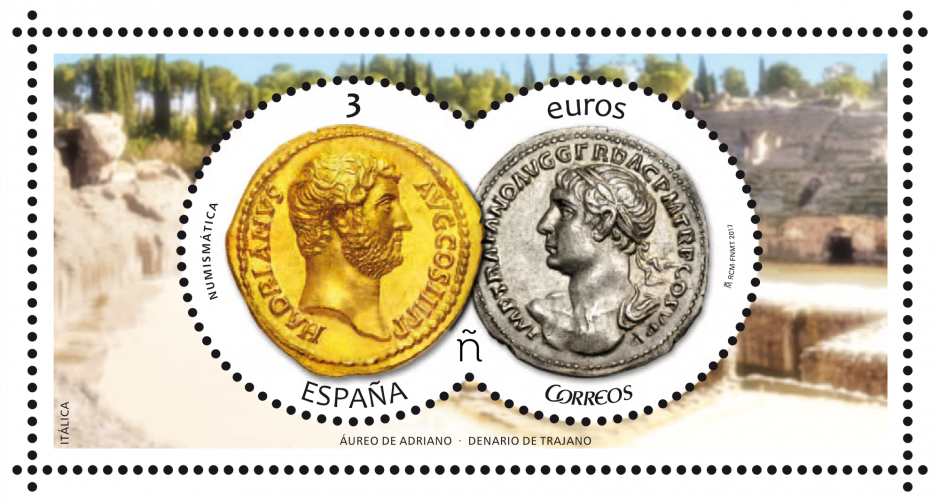 Spain – One more year, and it’s been four, Correos issues a new stamp in the Numismatic series.

This year starring the Golden Aureus of Hadrian and the Silver Denarius of Trajan. These motives have been chosen as this 2017 marks the 1900 anniversary of the death of Trajan and succession by the Emperor Hadrian.

Trajan is considered as the most important emperor of the Roman Empire. Under his command, Rome experienced its greatest expansion. It was the first Hispanic emperor and emphasized in his youth by to put down the rebellion in Germania. Adopted by Nerva, he would become his successor in the year 98. He reinforced justice and created institutions to protect children. Fruit of their governments are great constructions like the Column Trajana or Via Trajana that united Rome with Brindisi, which favored to a great extent the commerce.

His death occurred when returning from a campaign in Mesopotamia, reason why it is said that he died of fatigue.

He was succeeded by Adriano, also born in Hispania but educated in Rome by Trajan, whom he accompanied in numerous military campaigns. When his protector died, many who did not see with good eyes that Hadrian succeeded him, mainly because of his Hispanic origin, but was finally named emperor.

He strengthened the borders of the empire and commanded to build numerous fortifications. Also, as a result of his commitment is the compilation of the code of unified jurisprudence, the Perpetual Edict, which is considered the basis of modern legislation.

Passionate for culture, he ordered to reconstruct Athens, as well as the construction of new cities, temples, aqueducts, roads, libraries or theaters.

The stamp collects the obverse of both currencies, one of gold and one of silver, with a round punching.

In the background, one can appreciate the Amphitheater of the Roman city of Italica, cradle of both emperors that so many triumphs obtained for the Roman Empire. 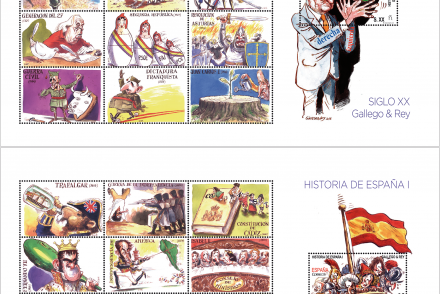 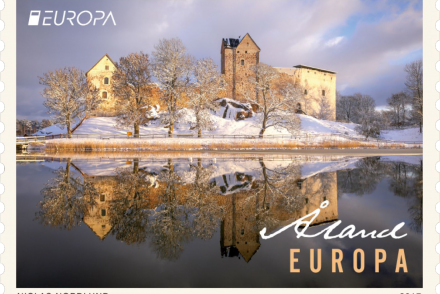